The Mathematics Society | Department of Mathematics
Skip to main content

The Mathematics Society was founded in 2014 with an aim to promote students’ independent thinking and critical ability in various aspects of mathematics and related fields. To this end, the Society organises a variety of activities such as student seminars, talks, workshops, and games.

The Society includes SNUbik’s, the Cubing Club of SNU. The Rubik's cube (and its various other analogues) is, in some sense, an application of group theory, which makes it of interest to the Club and the Society at large. SNUbik's promotes young cubers in the university and organises cubing workshops for the same. SNU Open, its annual event, is held annually in April and has drawn in around 100 participants in each of the two years that it has been organised.

The Society is active online as well: 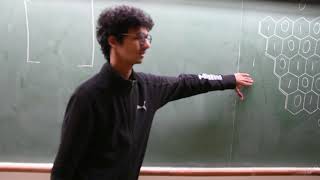 The Lorentz Transformations of Special Relativity